I first discovered Dwig when I won a lot of cards that had a July Zodiac card in it (May is featured lower right). I loved it so much that I investigated to find and start collecting the Reverse Mirror, Help Wanted, Fortune Teller, and most of his other series. What I love about Dwig is the way he draws the women- big hair with flowers, pointy shoes, and tiny waists in fanciful dresses. To me, the Zodiac series is the most beautifully illustrated of all of them.

From Wikipedia: “Clare Victor Dwiggins (June 16, 1874 – October 1958) was an American cartoonist who signed his work Dwig. Dwiggins created a number of comic strips and single panel cartoons for various American newspapers and newspaper syndicates from 1897 until  1945, including his best-known strip, the long-run School Days.

Born in Wilmington, Ohio, Dwiggins was on a path toward a career in architecture but detoured into cartooning when his artwork was published in the St. Louis Post-Dispatch and the New York World in 1897. He created a wide variety of gag panels, including J. Filliken Wilberfloss, Leap Year Lizzie, Them Was the Happy Days, Uncle Jim and Tad and Tim, Mrs. Bump’s Boarding House,Ophelia and Her Slate and Bill’s Diary.

Dwig’s first comic strip was Tom Sawyer and Huck Finn (1918), which used more than a half dozen of Mark Twain’s characters but employed very little content from his novels. Dwig began School Days in the early 1910s as a single panel, and it eventually evolved into a Sunday strip with a storyline about schoolkids that continued until 1932.

Dwig drew Nipper (1931–37) for the Ledger Syndicate. In 1940, he returned to Huckleberry Finn in the pages of Doc Savage Comics and Supersnipe Comics. He also drew Bobby Crusoe in 1945 forSupersnipe Comics.” 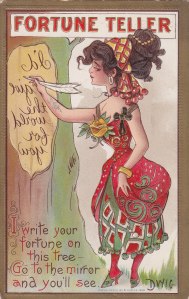